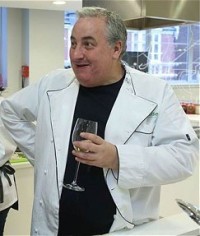 Neil Tweedie , who likes to write stories to ensure violence against women and children continues

I like blogging, but I don’t do this for fun really. I aim to add to the debate on media regulation.

My own experiences with the British Press included:

In 2008, sex offender and pervert Keith Gladdis (now an Editor at the Daily Mail) attempted to supply cocaine to me, asked me to dance naked for him, and secretly filmed me when I was working in a (legal and taxpaying) job in the sex industry.

Like his colleague, Mazher Mahmood, this was with the aim of blackmailing me into an interview and with supplying footage to the police of me with drugs and having me jailed (I declined his offer of cocaine).

The Daily Telegraph decided to write a creepy, weird piece about me  based on personal information supplied by my creepy, weird ex-husband.

The tone of the story was to imply  as a child I had made up stories about abuse for my own benefit (this was related to my father, who was subsequently convicted and jailed for assaulting two girls).

Because it was from my ex husband it was “true”: my ex husband and I had little in common, a very brief marriage and had not been in touch for years at this point.

What kind of “man” does this?

Neil Tweedie, the writer, got sacked from the Telegraph in one of their staff clearouts and now also works for the Daily Mail.

It would seem that who were prepared to do this, backed up by immense resources, are not easily accepting of me writing about them, despite claiming to be Champions of Free Speech when it suits them.

I am a fairly robust 30-something and don’t really see myself as a victim of anything and am content with my life, but this really is appalling.

Recently, I have been contacted by both a Mail journalist and someone formerly from the Telegraph, presumably to intimidate me into backing down.

I am going to keep/pass on as much on record as possible, and contact the police if any harassment occurs.

And chill. What more can someone do?