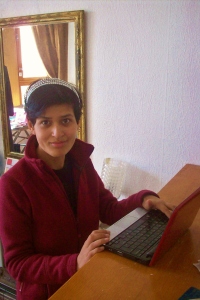 hello let’s see if this uploads…

Writing to respond to anyone who is coming based on THIS article.

And hello to all my regular readers!

(lot of extra hits, joys of the Internet!)

I am knackered from working out, so excuse grammar.

Outside my fairly toxic family (who I detached from early on, which made their impact on my life fairly minimal) or the manipulations of the media, I never really defined myself as some sort of super-genius.

You don’t need to be the prettiest or richest or tallest to feel attractive.

You don’t need to be An Artistic Type to enjoy being creative.

And you certainly don’t need to be demonstrably “intelligent” according to a narrow set of criteria to enjoy being intellectually curious and generally curious and learning.

I am glad I left early and had all those years of experimentation.

I am glad I am a low-key mature student of science now.

I won’t throw myself off a cliff if I have to do something else.

Friends and clothes and culture.

Dating and working out.

Joy in the struggle, with the media regulation campaign.

Expressing myself creatively and scraping for temp work to pay for living.

I don’t really use this blog to talk much about my life, it just tends to happen really!

I am grateful to those who fought for these rights.

(some women/people seem to give themselves no choice but to spend their lives trying to keep up appearances but let’s leave that for now).

I have had a lot of sex. It really isn’t that interesting. I don’t really think about it.

I’m glad I don’t have much more on the bucket list.

Dating and sex has tailed off. I’m quite busy with other things this year.

I am single. I get proposed to relatively often (marriage that is!). I have no plans to get married, though.

Perhaps this will tail off.

Probably more men propose to Pippa Middleton than to me.

I prefer dating in the summer to the winter.

I consider myself lucky to be a woman living in the country and culture that I do.

I think the article highlighted how even in the more “mature” elements of the media there is a sense of hysteria and drama.

Claiming FACTS to make what fundamentally is a very toxic, bitchy, envious point.

Trying to “prove” that there is some artificial competition in Life with an “us and them” attitude.

Of course the writer was entitled to free speech, and to try to support his argument.

But it isn’t like (allegedly) intelligent people (via a very narrow definition) march up and down the street saying I’M HAPPIER AND BETTER THAN YOU AND HAVE A BETTER LIFE.

Instead of searching for “evidence intelligent people are unhappy”, why not go and see an opera (last one I went to was £10).

Or find an amazing free online course here? I’ve taken some just out of interest and the debate is fab.

Or if you want something thought-provoking on sex or gender issues check out FeminismTV?  I curate there (just started, work in progress at the moment).

I’m starting to learn a musical instrument and I’m crap and its fantastic.

On that note, I need to go and do my assignment (may be crap too and also fantastic).

Thank you for reading, please look more at my blog!

Thank you for all the lovely messages from across the world. To anyone who sent a nice message asking for an “update” I hope this is enough.